Jonathon Richards (Director) was born in Irvine, California and lives in Lake Charles, Louisiana. He studied theatre at McNeese for five years. Driven by a wicked, undying desire to create, to contribute in any way possible to the arts, to influence and to inspire others in their creative processes and artistic endeavors. He has worked both on the stage and behind the scenes. He has worked with Itinerant Theatre in a variety of roles including actor, designer, stage manager and crew, since our inception in 2011.  He served as stage manager as well as light & sound operator for IT’s Who’s Afraid of Virginia Woolf?, and last season design and operatred the lights for This Wide Night and played “Jack Lawless” in Race.   Though he directed scenes as a student, this is his first full length production as a director and professional directing debut.

Kory Lambert (Hamm) Kory was born in Lafayette, LA and raised in Ragley, LA. He holds a Bachelors Degree in Audio Engineering from The Art Institute of Dallas. His major influence is his brother. He works as the kitchen manager at Stellar Beans Coffee House & Edibles and manages the Cash & Carry Farmer’s Market. He has many hobbies, but his main one is live music, which he frequently plays around town. He plays a smooth banjo and is currently in the process of releasing his first EP. Previous theatre credits include playing “Wall” in A Midsummer Night’s Dream at McNeese State University, directed by Joy Pace. He worked backstage crew for Itinerant Theatre’s This Wide Night, and this makes his IT acting debut.

Sean Vincent Hager (Clov) lives in Lake Charles, LA and graduated from the University of New Orleans with a Bachelors’ in Liberal Arts with a concentration in Film. You might see him around town serenading the citizens and playing his Ukulele (hence his stage-name: The Ukulady’s Man). Sean enjoys many art forms and after having spent countless hours participating in various aspects of film production, he is eager to try his hand as a thespian.  Nothing makes him happier than making others happy, so naturally he considers being a part of a theatrical performance to be a great honor and a significantly exciting new endeavor. When asked to write a short bio of himself, he was very adamant in urging that we include the fact that, “As always: He loves you more than you love him” and to “Spread love like peanut butter!”

Ronald Doyle  (Nagg) lives in Lake Charles, LA and wants to pursue a career in acting, writing, and directing. He has appeared in McNeese’s A Midsummer Night’s Dream as “Puck”, All My Sons as “Dr. Bayliss”, Our Town as Dr. Webb, The Lieutenant of Inishmore as “Davey”, and in Itinerant Theatre’s  Who’s Afraid of Virginia Woolf? as “Nick”,  as well as a handful of selected readings put on by Itinerant Theatre. His greatest joy is to tell stories and for people to be entertained. Ronald likes frogs, ice cream, and pondering the meanings behind it all.

Jordan Belle Ashworth (Nell) has been acting since she was nine years old. She was a member of Company and danced for thirteen years with Ashworth’s School of Performing Arts. She loves traveling, spending time in her garden and LSU football games. Jordan works as a Crime Scene Technician at the Lake Charles Police Department. Previously, Jordan was the stage manager of Itinerant Theatre’s Louisiana Women: Bound. Jordan was last seen in Lake Charles Little Theatre’s production as “Shelby” in Steel Magnolias and Itinerant Theatre’s production of This Wide Night as “Marie” and as “Honey” in Who’s Afraid of Virginia Woolf. 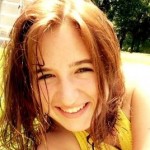 Darby Domingue (Stage Manager) was born in Sulphur, Louisiana and has lived there for most of her life. According to her loved ones, she came into this world acting, and hasn’t stopped since. She has been involved in many McNeese productions with The Bayou Players, and has acted in two Coffee House Theatre performances with Itinerant Theatre. She is very excited to be working with IT and is eager to learn all that she possibly can from this very talented group of people. Darby plans to live the rest of her life with theatre sitting in the passenger seat. She looks forward to Itinerant’s future productions and hopes you all enjoy the show!

Add your name and email to our mailing list and be the first in the know about IT events and news..